Eco Renovation of an Old Village School in Harton

We moved the Eco Arc practice from the Findhorn Eco Village in Moray Scotland to set up a new design studio in The Old Village School in Harton York in North Yorkshire. After an onsite self build process we managed to convert the completely dilapidated old school building in to a new family home and new design studio.

If Andrew and Lucy Yeats hadn’t run out of milk one morning, another Yorkshire village landmark might have bitten the dust.

But when they took a fateful detour through Harton on their grocery trip to York, they noticed a small, dilapidated old school for sale on the edge of the village green. The playground was swamped by five-foot-high nettles and the long brick building was sagging under the weight of 12 years of neglect, but eco-architects Andrew and Lucy took one look at each other and said, ‘this is the one’.

‘We had returned to England after living in Scotland for six years. Lucy was working in York and we wanted a place to buy,’ said Andrew. ‘We didn’t have much money, but we fell in love with this place the moment we saw it.’ The property was completely boarded up and there was no electricity, so they went back with a couple of candles to view the 15m x 5m shell as best they could. 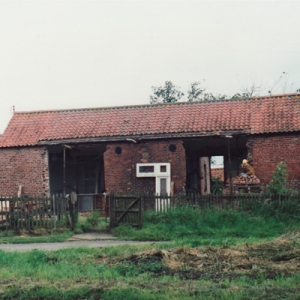 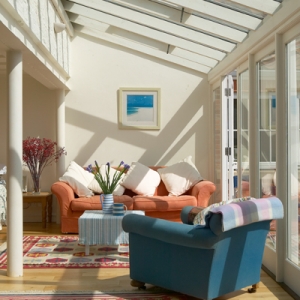 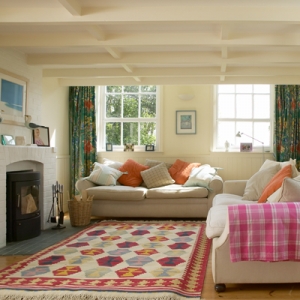 ‘We liked it just as much inside,’ said Andrew. ‘We could certainly see its potential. In effect, we bought it by candlelight. Everyone thought we were mad. We didn’t bother with a surveyors report because we knew it was going to be a full-scale renovation job and just expected the worst. It was actually advertised as a building plot, but we thought it would be cheaper to renovate the school rather than knock it down and start again.’

They each secured a mortgage for half the amount and as soon as planning permission was granted to convert it into a family home, they started work.

‘We were going to live in a caravan, but the people in the village were so supportive of what we were doing that a neighbour, who was going away, said we could house sit for her rent-free for as long as we needed to.’

Lucy and Andrew knew they wouldn’t be able to do everything themselves, but after working on community build projects in Scotland they understood the benefits of many hands making light work.

‘Traditional architecture has become very divorced from modern building work, so we thought it would be useful to create a situation where self-builders and architectural students could learn practical skills,’ said Andrew, who was lecturing at five different universities at the time. So they launched a series of self-build workshops that offered hands-on experience in return for food and accommodation.

There was a pioneering spirit among self-builders,’ said Andrew. ‘There were always 12 people on site at any one time, and people kept coming back for more. It was a great way of working.’ Lucy’s friends would also turn up in a group for a weekend of renovating, while the villagers watched with approval as the old school started to breathe with new life.

‘We heard stories of children walking for miles across the fields to school, barefoot in summer and with rags tied round their feet in winter,’ said Andrew. ‘Their soaking rags would be dried round a stove during lessons ready for the long journey home again.’ Lucy had slightly more protection on her feet when she literally stamped on the ceiling in hob-nail boots to knock it through, but Andrew had no protection when he took a sledgehammer to the front wall which was on the verge of collapse.

‘It keeled over without much effort,’ said Andrew. ‘Unfortunately, we broke every rule in the book along the way. We couldn’t afford scaffolding so we borrowed pallets and stacked them on top of one another to create a stand. On the first day I fell off and twisted my thumb.’ 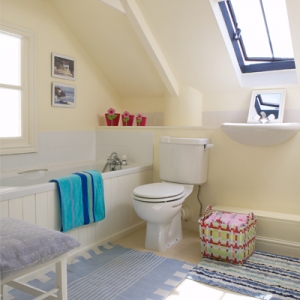 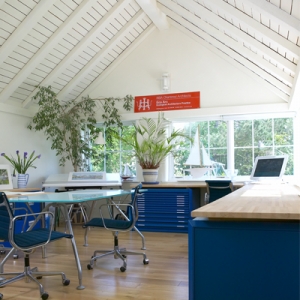 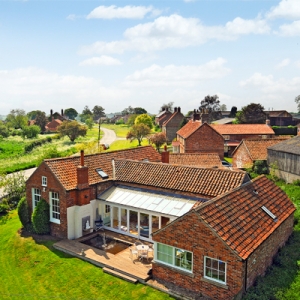 So while Lucy continued to take the rest of the wall out, Andrew sat on the tarmac for the next two weeks, chipping mortar off the bricks with one hand. The challenge was how they were going to rebuild the wall for a reasonable cost. ‘We had a few quotes which were very steep, then one man called in on his way to church to have his wedding banns read. He was so besotted with his bride-to-be that he under-quoted by half the amount of everyone else.’ What he hadn’t accounted for in his £4,000 quote was the fact that building sloped by almost a foot into one corner and the brick courses had to slope with it. ‘He had to undo several layers and create sloping string lines for it to work,’ said Andrew.

With the wall rebuilt and the ceilings down, they ferried all the rubble to a skip which was then taken by the local farmers to use for field tracks. Every inch of original skirting board, architrave and beam was removed by hand, labelled and numbered, ready for re-fitting at a later date, the collar ties were raised and the building dry-lined. Roof lights, insulation and upper floors were installed and the original windows were repaired and refitted. Fortunately the roof – which had been replaced in the 1980s as part of a Youth Training Scheme – didn’t have to be touched.

Behind the main school room was a cloakroom and toilet block, which Lucy and Andrew converted into a dining area and utility. The school had been divided into two sections by a sliding screen, which was stripped back to bare wood and reused. Reclaimed doors from a remand home were used in other areas then Andrew built the kitchen himself, for just £200, including the worktops, plus £75 for a slightly damaged Belfast sink. The Aga was given in lieu of fees for job he did and the original classroom floors – which were ‘treacle black’ with polish – were sanded so hard that the old cast nails showed through.

‘We decorated and furnished the house, buying all kinds of things on Ebay, and then had a period of consolidation,’ said Andrew. It would be several years before they applied for planning permission to start the second phase, which would create a spacious office, study, bathroom and another bedroom, turning the original T-shaped house into an H-shape.

‘It was a real shock to be told that this would take us over the permitted development threshold, so Lucy fired off a seven-page letter – delivered personally to the chief planning officer of Ryedale District Council – outlining all the reasons why this wasn’t the case,’ said Andrew. ‘Permission was in the post the following morning.’

The spec of the new section exceeded all the Building Regs requirements of that time and the build was more straight forward, with a joinery firm and brick layers turning Andrew and Lucy’s architectural drawings into reality. The result is an office with a high, white-painted beamed ceiling and a glazed passive solar room, linking the old and new sections, at the heart of the house.

The house has taken, in total, 15 years to complete and they have only just added the final, finishing touches. But Andrew and Lucy are ready for another challenge. Having put the heart back into the tiny village of Harton, they have now bought another building which is ‘ripe for renovation’ in Cumbria. 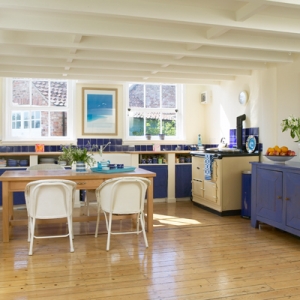 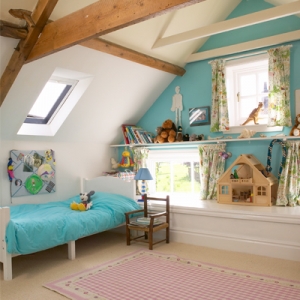 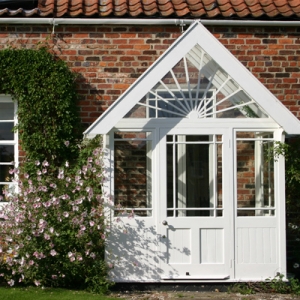