A ground breaking eco renovation of an existing terraced house in Lancaster to become one of the first retrofit Certified Passive Houses in the UK for Glenys and Paul Ferguson.

For 30 years Glenys and Paul had enjoyed living in their traditional Victorian home. It was relatively comfortable, homely and suited their needs – even though it could be cold and draughty and they only used half of the rooms.

But when the roof reached a point of no return, after years of battering by ferocious winds, and heat was flying out of the old windows, Glenys and Paul decided it was time for action. ‘At first we considered moving,’ says Glenys. ‘We particularly liked the idea of building our own home, but finding the right plot at the right price was challenging and we really like the location of our house, we decided to modernise it instead.’

At that point they had no idea of just how modern it would become, or how radically they would transform it from a house haemorrhaging heat to one of the first Passivhaus accredited renovation projects of its kind in the UK.

The story began in 1983 when Glenys and Paul moved to Lancaster. They bought it, made the necessary cosmetic improvements and settled down to their new life, making occasional repairs to keep the property up and running. Step forward 30 years and the house had reached the point at which drastic action was finally needed. The roof was ‘shot’ and the central heating system ‘decidedly dodgy’. The kitchen units were falling apart and the bathroom suite had seen better days.

‘It was a bit of a light bulb moment,’ says Paul. ‘We thought, if we are going to renovate, let’s do it properly and achieve exactly what we really want. We both like the Scandi style of house with light, open spaces, clean lines and a minimalist style of living. We also wanted to improve the property’s efficiency. It was gobbling up energy and we realised that if we insulated the house well enough, we could probably do away with central heating all together.’

Through recommendation they contacted eco-architect Andrew Yeats – even though they were not considering Passivhaus status at that stage. ‘We wanted to improve the efficiency of the house and the certification was a by-product of that,’ says Paul.

Together with Andrew, they came up with a design which would open up the dark Victorian rooms to bring more light through the property, turn the basement into usable living space and change the pitch of the roof to accommodate solar panels.

Lancaster planning authority granted the application in late August, 2014, a timescale which the Fergusons turned to their advantage. ‘It gave us more time to plan everything properly and do our research,’ says Glenys. ‘Research and preparation is the key to a successful outcome so we spent hours googling for information – particularly in relation to the insulation which was quite complicated. We were still unprepared for the level of detail, however. We eventually realised that you need to plan backwards from the furnished, completed house so that you know where everything is going to go at the end – including lighting and furniture. That way you have the answers ready when the electricians and plumbers ask where sockets, light fittings and so on will be going.’ 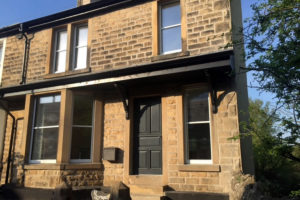 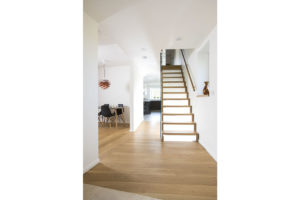 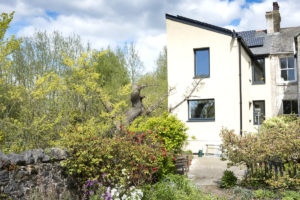 Once planning was passed, Paul and Glenys moved out so building work could begin. When they moved out, the builders took the house back to a shell, without roof or floors, before work began in the basement. This area was originally a series of small rooms which were suitable for storing wine, but little else. It is now one large multi-purpose space, including a utility, mini gym, bicycle storage area and an office area.

‘It was cold, dark and damp with a very low ceiling, so this was raised to meet the minimum Passivhaus room height requirement of two metres,’ says Paul. The builders laid a waterproof membrane across the entire floor and up the walls to a height of two metres, and a channel was taken from under the floor to outside so that surplus water from the basement would seep into the stream that runs by the side of the house.

With the basement redefined, new steel supports were installed to create free flowing spaces on the ground floor, and internal walls built to the new design. Two stairwells were created from the basement to the first floor to accommodate the correct head heights and dimensions, including a wider, curved return on the first floor landing. The fourth bedroom was redesigned to create an en suite bathroom and the third bedroom continues to be used as Paul’s study.

The open roof space was covered with a new mono pitch to fit the solar panels. The roof was finished in Burlington blue-grey slate. With the roof on, the exterior walls were wrapped with insulation and rendered in a colour that was approved by the planners as a condition of the planning application.

Inside the house, a new company product was used producing an innovative solution – a phase change heat battery which is about a quarter of the size of a hot water tank and works on a similar principle to hand warmer heat packs.

The windows were another key element of the revamp. Glenys and Paul wanted the front elevation of the Victorian house to complement the rest of the street, so they chose argon filled triple glazed aluminium clad wood windows with a central glazing bar, and a front door which was specially designed by the Green Building Store – complete with raised moulding to replicate the original Victorian frontage. The MVHR was installed to conceal all the ducts.

‘The last jobs were cosmetic,’ says Glenys. ‘We laid the wooden floors and did the tiling, chose a new kitchen and bathroom fittings, and decorated throughout. The changes that have been made have transformed the property and the way we live in it. For 30 years we had been used to a much darker, more traditional home in which we only utilised around 50 per cent of the space. Now we use every room, every day and the house is full of light, whatever the weather. We are delighted that we decided to eco renovate this house to become one of the first retrofit certified passive houses in the UK. We have the same wonderful location, yet we still feel as though we have a completely new house.’ 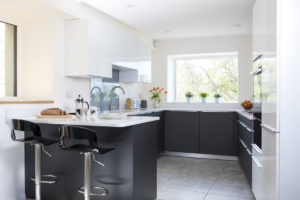 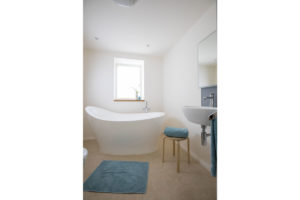 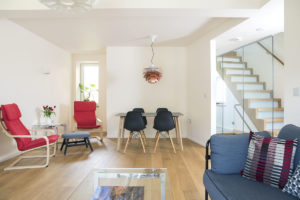 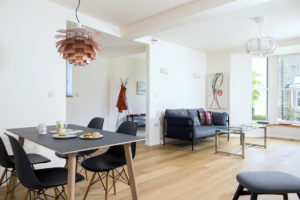 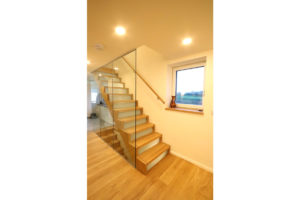 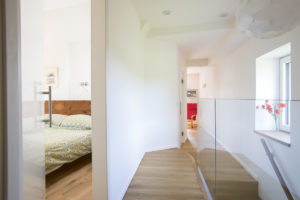 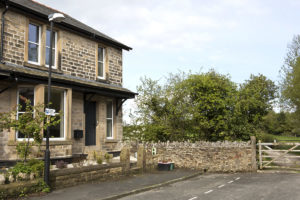 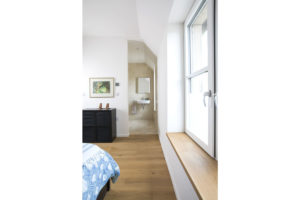 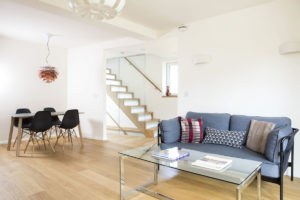